The pound is sliding towards $1.29 as investors look to the Parliamentary debate and vote on Boris Johnson’s Brexit bill.

Bojo’s Brexit deal will be put before the House of Commons for a vote. This is not the meaningful vote that John Bercow denied the Prime Minister yesterday, it is a vote on the Withdrawal Bill Act, essentially a vote on the implementation of Boris Johnson’s Bill. There will also be a critical procedural vote, which aims to approve all relevant legislation in three days.

What matters to the pound is not just whether Boris Johnson has sufficient numbers to get the vote Brexit bill through Parliament; number crunchers across the country seem to think that he does. However, can he get the necessary agreement to fast track it through? Here lays the uncertainty.

Bojo might have the numbers for the Brexit bill but should the procedural vote be rejected then the Brexit bill is expected to be scrutinized in much more detail and Brexit will almost certainly be delayed.

As we have seen from recent macroeconomic data and company result, months more of Brexit uncertainty is not favourable for the UK economy or the pound either. The BoE has hinted that it could be forced to cut interest rates should Brexit uncertainty continue.

The prospect of more uncertainty could weigh on demand for pound. Even if the pound does rise on this outcome, any gains would be capped

This raises the chances of an election. Political uncertainty should an election be called to break the political deadlock could also hit the pound. That said, with a no deal off the table the pound is unlikely to plunge back towards no deal territory of $1.22 but $1.25 could come into view.

This raises the possibility of the UK leaving the EU on 31st October with the deal in place. Under this scenario we could see the pound extend recent gains potentially targeting $1.34. 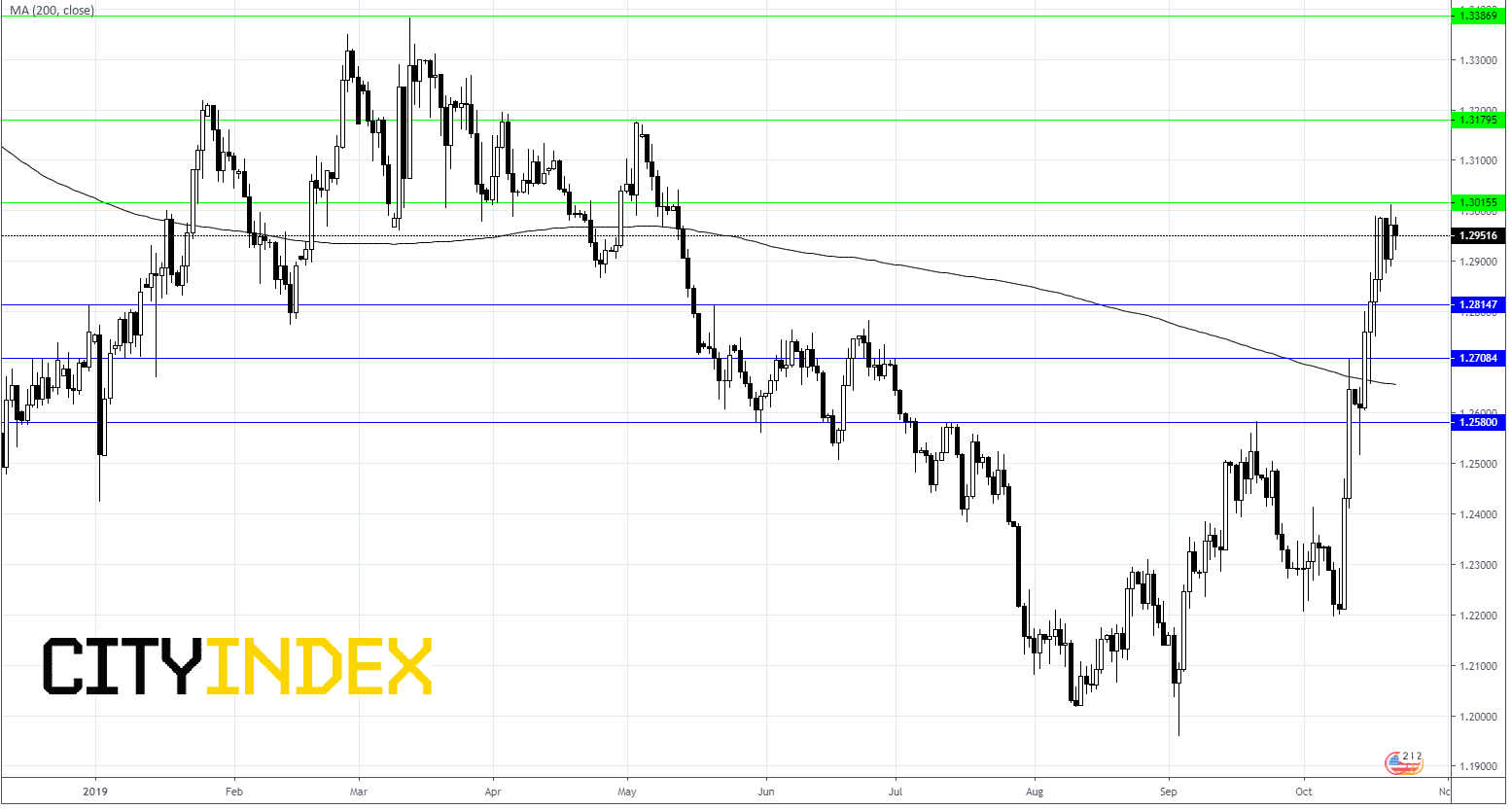