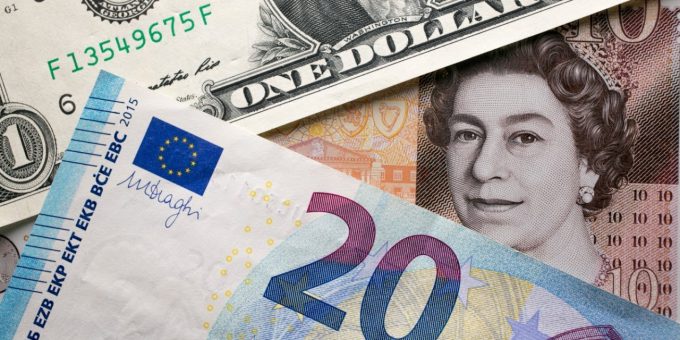 Due to its popularity and familiarity among traders, many people that begin to trade forex often choose the GBP as one of the currencies they trade. For traders that trade on fundamentals (economic reports and news events), knowing which reports to follow that affect the GBP the most can save them a lot of time and provide guidance on specific areas on which to focus their efforts. With that said, this article will pinpoint some economic reports that should be useful to newer traders as a starting point for further research.

Before we begin, it is important to understand that all currencies across different countries are generally affected by the same underlying economic factors. Specifically, five factors that tend to affect all currencies the greatest include monetary policy, price inflation, confidence and sentiment, economic growth (GDP) and the balance of payments. Using these five general factors as a template, you can then determine which reports are most important to form a comprehensive view of the direction of a currency.

Reports to Focus on CPI, PPI
The first important factor, price, and inflation, plays a crucial role in the value of the GBP. In general, countries with high levels of inflation relative to other countries see their currency value depreciate more compared to those other currencies. In addition, inflation also usually causes the central bank to take action, such as adjusting interest rates to control these unwanted effects.

To gauge levels of inflation in the U.K., traders will typically follow the Consumer Price Index (CPI), compiled and released by the Office for National Statistics. The CPI calculates the change in prices of goods and services purchased by consumers in a given period. This report is important because it is the measure that the Bank of England (BOE) uses for its inflation target. Any changes in the CPI that deviate from the BOE’s inflation target could imply future monetary policy action that could significantly affect the GBP.

In addition, although consumer prices tend to affect the majority of changes in the level of inflation, other measures such as the Producer’s Price Index (PPI) are also useful. The PPI is considered by many a leading indicator of inflation because it shows inflationary changes at the raw material level that could eventually work its way up to the consumer level as reflected in the CPI. The PPI report is also released earlier than the CPI, so both should be viewed together for a more complete picture.

Report to Focus on: Bank Rate, BOE Inflation Report
Monetary policy enacted by the Bank of England (BOE) is also an important factor to consider. One of the core mandates of the BOE is to promote monetary stability defined by the bank as “low inflation and confidence in the currency.” Whenever the BOE feels that inflation is getting to a level that threatens the stability of the pound, the bank will use monetary policy tools at its disposable to control inflation. It is the timing of these monetary policies, such as interest rates changes that traders want to predict.

To keep track of monetary policy, traders will follow the changes in the bank rate, which is the interest rate banks charge other banks on balances held at the BOE. The rate decisions are determined by the Monetary Policy Committee (MPC) on a monthly basis and can be found at the Bank of England website. Of note is that if the MPC simply maintains the previous bank rate, there will generally be no accompanying discussion. However, if there is a change in the rate, the MPC will release a statement which is more interesting and can give clues about future action.

Report to Focus on: Gfk Consumer Confidence, Nationwide Consumer Confidence
Surveys that gauge market sentiment are another important tool for fundamental traders. Confidence and Sentiment reports for the U.K. are important because traders want to know whether the majority of people are optimistic about the economy or pessimistic. The changes and the size of the change can be keys to detecting shifting trends in the underlying economy and consequently changes in the GBP.

To track sentiment in the U.K., many traders will follow the Gfk Consumer Confidence, and the Nationwide Consumer Confidence Index (NCCI) reports. Both reports are surveys based on five questions that relate to the general economic environment, employment and expectations for the future. The main difference between the reports is the time periods used. For the NCCI, the survey reflects the respondent’s feelings towards their current situation and their expectations for the next six months. On the other hand, the Gfk reflects the respondent’s feelings towards events that happened in the previous 12 months, and their expectations for the next 12 months. Both can be used to gauge sentiment towards the direction of the U.K. economy.

Report to Focus on: Manufacturing PMI, Services PMI, Retail Sales, GDP
The overall level of economic activity in the U.K. is another key factor that can impact currency values. The primary measure of economic activity in the U.K., as in many other countries, is the gross domestic product (GDP). There are three different GDP reports traders should be aware of – Preliminary GDP, Revised GDP, and Final GDP. The Preliminary GDP estimate is released the earliest and tends to have the biggest impact because it gives traders a first look into the economic health of the U.K. The Prelim GDP is also the least accurate and tends to be revised in the follow-up Revised GDP and Final GDP reports.

Report to Focus On: Trade Balance, Current Account
Lastly, the balance of payments (BoP) for a country is an accounting record of its interaction with the rest of the world. The BoP is made up of three accounts, but generally, only the current account is of interest to forex traders. The current account shows how much a country is exporting and importing, and the flow of income payments and transfer payments. In general, a current account surplus is positive for the currency as it shows more capital is flowing into the currency than leaving, and a deficit is negative for the opposite reasons.

There are numerous economic indicators that can affect the pound. Knowing which data reports to use is the first step. Being able to interpret and combine reports to generate a trading direction is the hard part. However, if you are starting out and want to base your pound-based trades on fundamental reports, these five key areas are a good place for you to start.